Bragging Rooster And The Cat 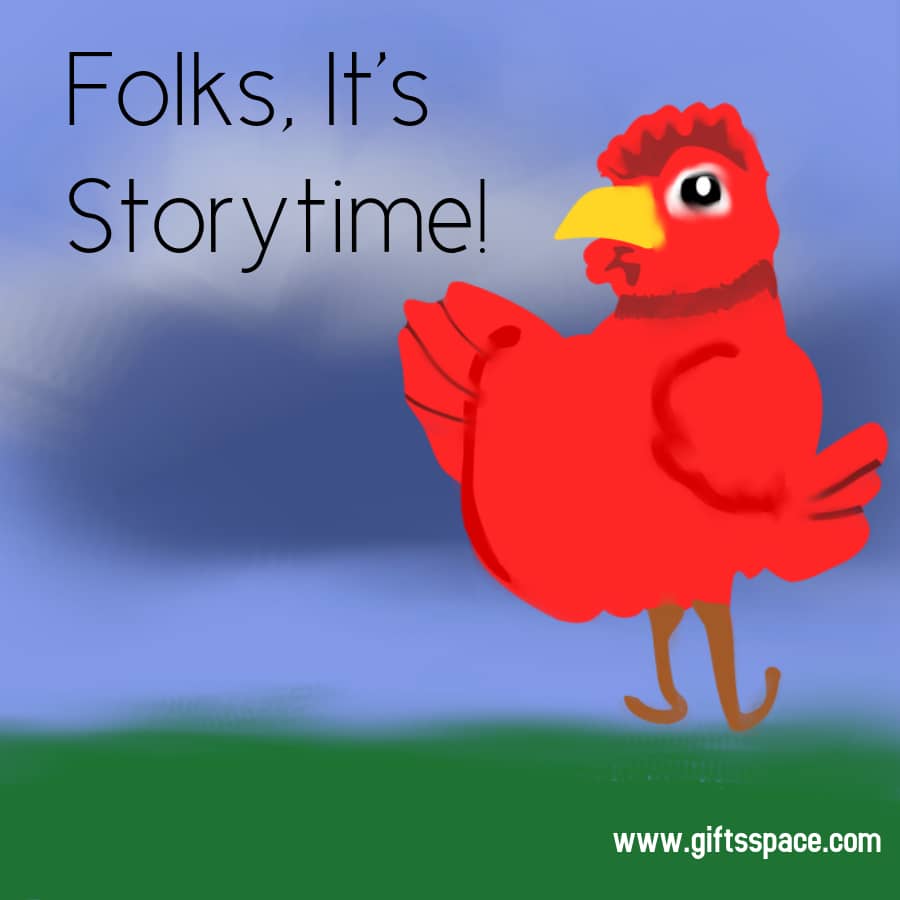 The rooster was a self-assumed storyteller in the countryside. Every day he gets up early, after his morning duties, he starts his storytelling. He is always seen boasting about his great adventures, his escape from the black cat, how he fought with a snake, etc., were some of his favorite stories. At first, there ware many listeners, but later on, his audience came down. They started to run away from him when he comes on their way.

One day he saw some little chicks walking around. “Hey, kids come here,” he gathered the chicks to be his audience and started his storytelling. The chicks were forced to listen to his stories, or else he would make their life miserable. While he was immersed in his storytelling, suddenly a cat jumped into the scene. The frightened chickens ran away.

The rooster stood before the cat, he couldn’t move out of fear. The cat grabbed the rooster on his neck and asked him what he was telling about the fight with the cat. The rooster begged the cat not to take that seriously. “I was just doing it for fun,” said the rooster. The cat strictly asked the rooster to stop telling the false stories or else he would kill him. From that day onwards, the rooster stopped bragging about himself.