Monster Encounter Of An Elephant

There Is A Monster

Whenever an elephant passed through the frog’s place, he will start dancing and destroyed the frog’s peace of mind. So the frogs wanted to get rid of the elephant and teach him a lesson that he won’t forget in his life. But how could a group of small frogs frighten a big elephant? They had no clue until one young frog came up with a great idea. When they see the elephant, all frogs should cry loudly in one voice.

The frogs had a plan, a big plan to get rid of that silly elephant!

All frogs liked that idea and waited for the elephant to come. As usual, the elephant was on its way home. They hoped that they can frighten the elephant. “Today I will create some havoc at the frog’s place and frighten them,” he thought. But when he reached the place near the frogs are living, he felt something unusual happening.

The elephant heard a loud sound, he got frightened by that loud voice and started running. The loud noise was created by none other than the frogs, all of them were crying at once, with all their strength. The elephant ran away from that place, thinking that some monster was getting ready to attack him. The elephant never came that way, and the frogs were happy once again, living their dreams.

Monster Encounter Of An Elephant 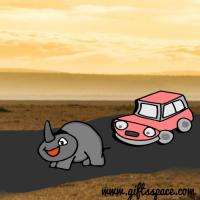 Rhino Baby Of The National Park

I Dream Of A Time

Lion And The Train Story 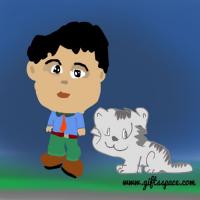 Eathen And His Pet Cat