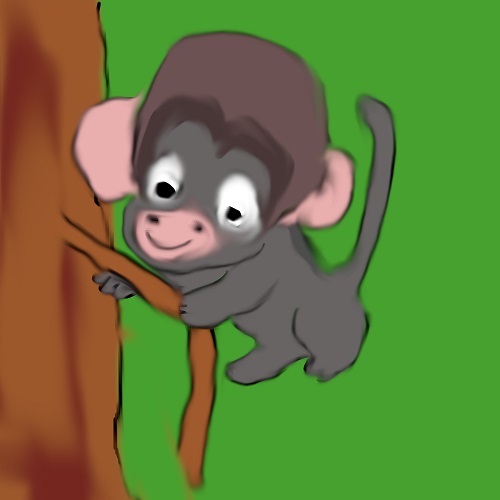 He is a young monkey boy who is better known as a tree flier because of his ability to jump from one tree to another.  He was soo fast in his tree flying, that nobody else could beat him in that. Even birds envied at his ability to fly without wings.

It happened to be a hot summer afternoon. The young monkey boy was taking rest on a treetop, one of the highest trees in the forest. From the treetop, he could see many miles around him. He felt some uneasiness during his sleep, he opened his eyes and he was shocked to see a wildfire forming.  It was fast moving towards along the wind, which was blowing in the direction where most of the animals were living.